The Advanced Fall Baseball League, Minnesota’s premier fall baseball league, consists of a five-week schedule (September 7th-October 6th).  All teams will play eight games plus the season-ending World Series (bracket based on record).  The AFBL exists to provide ball players with the chance to extend their season while playing against some of the area’s best players and teams.

League Schedule: 9+ games
AFBL World Series: October 6th & 7th
All teams will play 9 games in the fall season.  The 9th game will be the first game of a single elimination bracket.

The entire AFBL schedule, standings, team rosters, directions to the fields and news will all be at available here on www.scout-stop.com.

The schedule will be released no later than one week before the season begins.

If you have special requests for weekends 'off', please let us know by August 16th.  Once the schedule is posted, we cannot change the game times, days or locations.

All teams must be registered, make payment, have their waiver and proof of insurance submitted before you are accepted into the league.

If you have a field available and would like to play closer to your home base, please contact us with the info below.

If you are not the main point person but can put us in touch with lead person, please let us know. 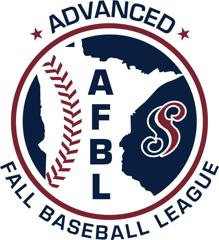